Would you like to switch to the accessible version of this site?

Don't need the accessible version of this site?

10 Ways for Women to Recover from a Fight 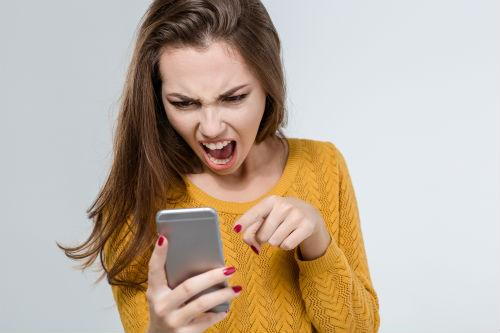 All couples have their fights; no two people get along 100% of the time.

The difference between successful couples and those who fall apart is in how they handle the fight. Here are 10 things that women in successful relationships should do after a fight.

1. Don’t ignore him. Taking some space after a fight is good, but tell him that’s what you’re doing. Don’t just walk away without an explanation – that will hurt him and make him less likely to talk to you. Instead, let him know you need a little more time to calm down.

2. Forgive his angry words. Everyone says things they don’t mean when their emotions get the better of them.

3. Give him full apologies. Simply saying you’re sorry comes off as wanting to drop the subject, not actually apologizing. Tell him what you are sorry for, and explain how you will avoid it in the future.

4. Don’t make excuses. Don’t blame a fight on a hard day at work, mood swings, or anything else. Warning him you’re angry can help avoid unnecessary fights.

5. Listen to him if he brings it up again. If some time has passed and he wants to talk about why the argument happened, listen to him.

6. Don’t pick at the wound. Once a fight has been resolved, don’t bring up details of it just to hurt him.

7. Tell him sex will happen again, just not now. Men equate sex with intimacy, so after a fight they will usually want to have sex to feel close with you again. If you’re not in the mood, don’t simply tell him no; he’ll be hurt by that. Tell him you don’t feel like it now, but that maybe you can tomorrow.

8. Concentrate on solutions, not on the fight. Centering in on the fight itself is a waste of energy. Find a solution for the problem and work towards reaching that.

9. Focus on the future, not the past. Emphasize where you want to go from here, and what you can learn to avoid the next fight.

10. Understand that fighting is ok. Healthy relationships revolve around people who are committed to working things through together.

We look forward to hearing from you